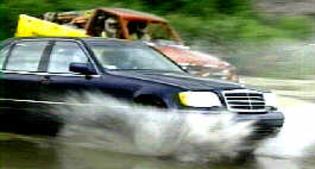 Mercedes Benz showrooms often have one or more areas where videos are shown promoting the style, performance and safety of their cars. During 1993 & 1994 I shot three of these for Producer/Director Robert Ford and Equinox Video Publishing, a company that did a lot of this type of video production.

Each video took about a week to shoot. We shot in and around San Francisco and Marin County, California, areas famous for picture postcard backdrops for car shoots. Then we went to the alpine mountains and arid deserts of Southern California and Arizona for more spectacular scenery and the rugged, harsh terrain which would figure in one of the videos.

Unlike the Honda and Lexus spots which were heavy on the lighting and rigging, these Mercedes videos were an exercise in "finding the light". Mainly we would be shooting traveling shots of cars and wouldn't be able to light, except for a few scenes with actors which were rigged and lighted in normal ways. So the most important consideration was finding great looking locations and then looking for, or waiting for, the best natural light.

One of the videos required taking a new, $100,000 S500 sedan on an off-road tour. We really put that car through its paces in and around Yuma, Arizona and the Grand Canyon, actually running it completely off-road in everything from sand dunes to riverbeds. It held up extremely well. 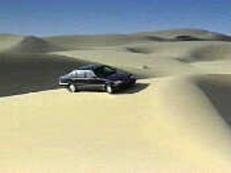 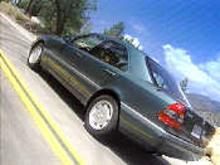 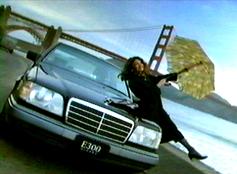 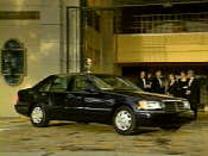 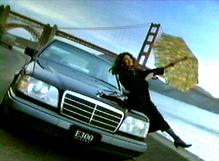 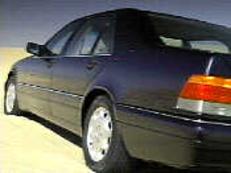